Used car sales have been on the rise for seven consecutive years and it’s no wonder why. Used cars are excellent vehicle options. Although there are all kinds of important aspects you should be focusing on during your used car purchase, negotiating a reasonable price should be at the top of your priority list.

If you don’t know how to negotiate, you aren’t going to find great car dealership specials or land a reliable vehicle for a fantastic price.

Here are some great tips for improving your negotiating tactics and landing an excellent pre owned vehicle:

If you’re ready to find some great pre owned vehicles and want to learn more about amazing car dealership specials, give Auto Sales and Service a visit today.

Most pre owned cars are still great vehicles, and unlike new cars, they won’t lose most of their value just because you drove them off the dealership lot. Don’t let anyone tell you otherwise.

For some reason, even in 2018, when auto technology is more innovative and reliable than ever before, there are so many people who refrain from buying used cars because of the negative stigma associated with them. The fact of the matter is that these vehicles (at least the majority of them) are both affordable and fully functioning. Not only can used cars still effectively get anyone from point A to point B (which is kind of the entire purpose), but they can do so safely and even in style.

Even better, because so many newer models are coming off lease this year, it’s never been easier to find high quality used and pre owned vehicles at a great price. So without further ado, let’s bust some used car myths. Here are some auto myths that surround the used car industry that are untrue — some are even downright ridiculous!

Again, don’t let anyone tell you that you should spend way more money on a new vehicle when there are so many excellent cars available that have already been broken in. If you want to learn more about busting these auto industry myths or simply find terrific pre owned cars here in Indianapolis, give Auto Sales and Service a call right away! We will help you find the perfect used car for your budget.

Handling your credit isn’t something that was taught in high school, though it probably should have been. Now it’s on you to do everything in your power to keep your credit score high and your debt low or non-existent. Taking care of your credit isn’t easy, however, and there are all kinds of mistakes that people make resulting in even poorer credit.

Here are some costly mistakes to avoid in order to improve your credit or keep it in good standing:

If you want to learn more about managing your credit, find affordable pre owned vehicles, or receive a quality bad credit auto loan, give Auto Sales and Service a call today. 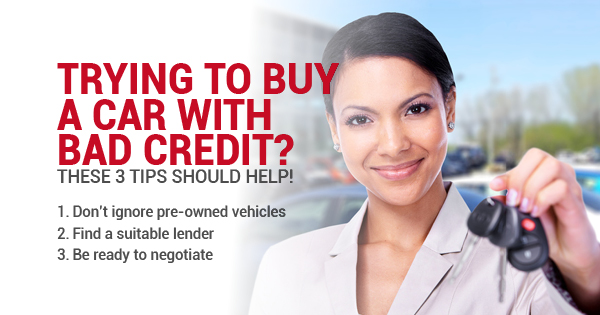 Everyone loves getting a new car, but that can be quite difficult to accomplish with bad credit. Thankfully, there are plenty of ways to get a car with bad credit auto loans.


Here are some great tips for dealing with bad credit auto loans and actually acquiring a solid vehicle with poor credit:

If you are ready to get a quality vehicle and visit a great used car dealership — as well as make the most of any bad credit auto loans — give Auto Sales and Service a call today!

Car buying can be a lot of fun — if you know what you’re doing. If you’re new to the car buying world, it can be a stressful, tricky process. That’s especially true when it comes to finding and buying used cars. There is a strange stigma within the auto industry that used cars are a risky bet, which is actually far from true. Though pre-owned vehicles might not have all the updated bells and whistles as newer models, these cars are certainly reliable and can still be of the highest quality. In fact, the average age of vehicles that are currently on U.S. roads is 11.6 years.

When it comes to buying used cars, you shouldn’t simply buy the first vehicle within your budget that you notice at a reputable used car dealership. You need to do a little more.

Here are some helpful tips that should improve your chances of finding and acquiring a terrific used vehicle:

If you want to learn more about the used vehicle buying process, used auto sales, or find some high quality used cars for sale, visit a credible used car dealership near you. And if you’re looking for a used car dealership in or around Indianapolis, give Auto Sales and Service a call right away!